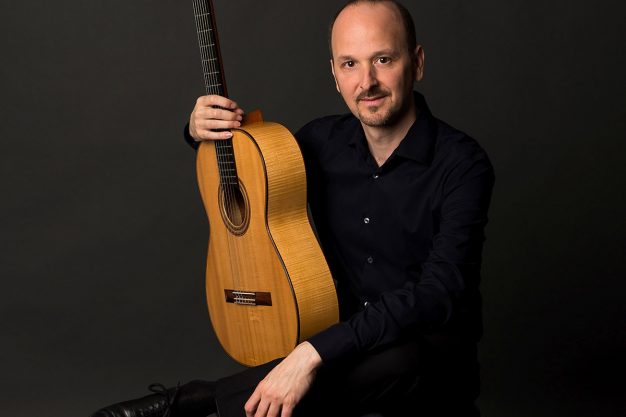 Johannes Tonio Kreusch studied with Eliot Fisk and the Cuban guitarist Joaquin Clerch-Díaz and graduated from the University Mozarteum in Salzburg. For further studies, he went to the Juilliard School of Music in New York, where he took a Master´s degree, completing his studies with Sharon Isbin. Since his debut in 1996 at New York´s Carnegie Recital Hall, his concert tours as a soloist and chamber musician have taken him to many countries in Europe and to Latin America, the US and the Middle East. His close cooperation with contemporary composers (f.ex. with the Cuban composer Tulio Peramo Cabrera) inspired many new compositions for guitar.  Johannes Tonio Kreusch´s numerous recordings have received high critical acclaim, e.g. the “10 de Répertoire“ award by the French music magazine “Classica Répertoire“ for the CD featuring the 12 Etudes by Heitor Villa-Lobos. It was praised for “the new recording standard supplanting the legendary recordings of Narciso Yepes and Julian Bream“. Johannes Tonio Kreusch`s recordings cover a broad spectrum, from Bach´s work for lute to romantic and modern guitar music, including world premiere recordings of contemporary works as well as own compositions and improvisations. Next to his solo recordings he has also collaborated with other artists like trumpet player Markus Stockhausen, legendary clarinetist Giora Feidman, Jazz pianist Cornelius Claudio Kreusch, guitar collegues Badi Assad and Andy York or his wife, violinst Doris Orsan. In addition to his performing career, Johannes Tonio Kreusch regularly holds seminars and master classes. He is the author of many publications and artistic director of the International Guitar Festivals in Hersbruck and Wertingen. Together with his brother, Jazz pianist Cornelius Claudio Kreusch he is co-founder and artistic director of the award winning concert series Ottobrunner Konzerte near Munich, Germany.